Following the innovations in the modern production technologies and adapting these into its existing technopark promptly, and as a result, continuously developing its strong infrastructure, Seranit draws attention as the leader of the firsts in the porcelain tile sector: 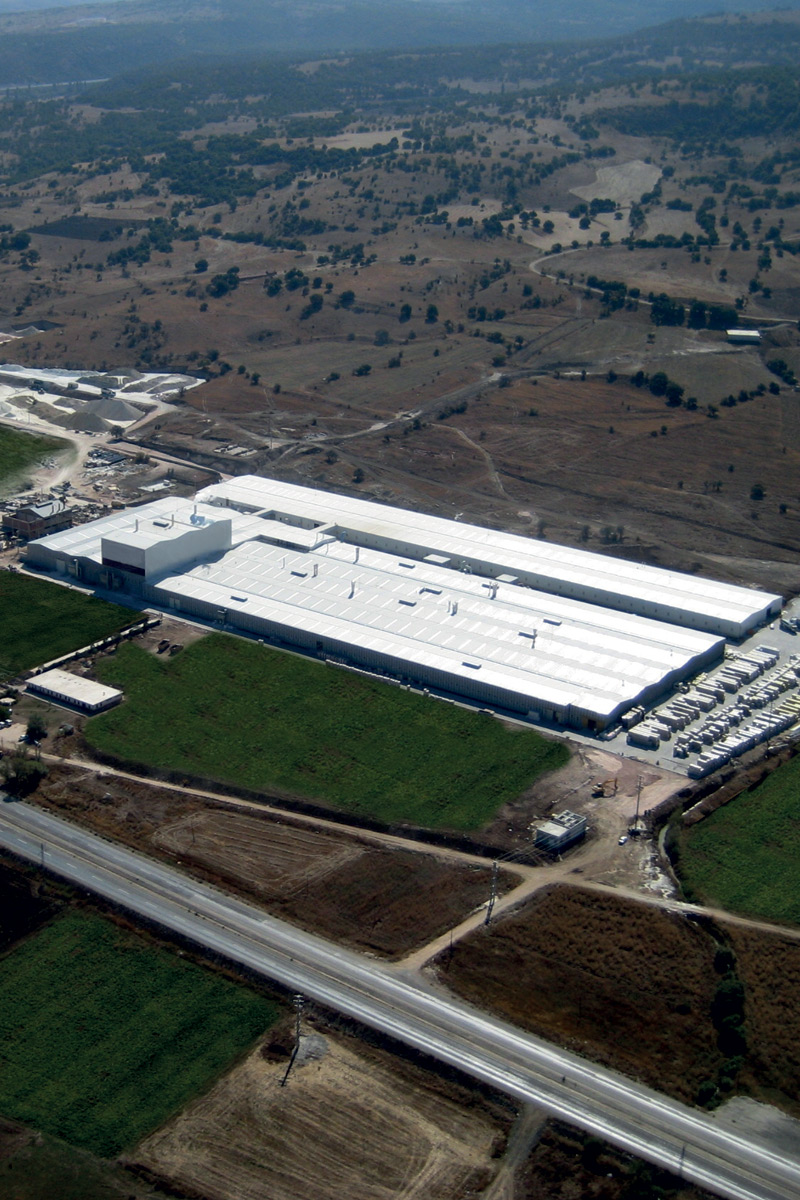 The first step into the retail world was taken with the opening of the Istanbul Bostancı Store.

As part of the corporate identity conversion year, all our brands were gathered under a single roof, under the name of Seranit.

While enabling current and potential Seranit users assess the complete product range as a whole, brand perception and positioning were also strengthened and consolidated.

Considered as a sustainable social responsibility project, the 'Architects of the Future' was started to support the education of 200 students with financial difficulties, beginning from the First grade to their graduation and even until they begin to work. 12 prominent names in Turkey, six of whom were architects, were gathered for the project.

Highly-experienced architects such as MelkanTabanlıoğlu, Mustafa Toner, Dara Kırmızıtoprak, Gökhan Avcıoğlu, Eren Yorulmazer and Hakan Ezer came together with Derin Mermerci, Aliye Simavi, Bettina Hakko, Murat Tabanlıoğlu, Emre Toner and Ruken Mızraklı, and prepared 6 different designs with Serra and Seranit products, which create a difference in the visual aspect and which are noted with the messages they contain.

Wood and concrete-like series, which have shaped the global trends, took their places among Seranit Porcelain designs.

Vanucci Kitchen & Bathroom brand has also joined among the brands of Seranit Group.

The nature finds a place in the living spaces with the colors and designs on these series with exact natural stone appearance inspired by the nature. Natural stone tiles, with a great advantage due to an extensive application area in decoration, create the best option for both home, restaurant, store and façade decoration.

Seranit Group developed and introduced Oxicoat Ecological Plaster, the groundbreaking product in the building industry with the elimination of malodor, bacteria and mould formation.

Bahar Korçan and Serra, the two innovative brands of the world of design, created the collections ‘My Fairy Tale’ and ‘Hope’ as a result of a strong cooperation based on perfection, success and authenticity.

Seranit launched its new brand, Serra Ceramic. Serra aims to become one of the key players in the global ceramic market in the near future owing to its approach to the design, quality and technology, and its commitment to production according to the highest standards.

While Serra offers better aesthetics and solutions to sector professionals with its unique and larger sizes, it also intends to set itself apart in the sector with the techniques, qualities, designs, colors and textures utilized.

Produced SeraVista, a durable new generation of stairs that are very different than standard counterparts. Added NeoSera to its collection, a digital series produced by using inkjet technology. Luna, bringing the image of the moon to the rooms, Nares, the reflection of natural stone on porcelain, Storm, adding dynamism to the serenity, Terra with its modern interpretation of mosaic, and Troy with its gray spiral pattern, were the products that determined the trend of the next year at the end of 2010. Seranit reached 65 countries through its continuous export success. Increased its number of overseas showrooms to 58. Italy Rome was the latest showroom to be opened. Heated Tile and Heating System Automation investments, which will be revolutionary in heating systems in the coming periods, have been completed to a great extent.

Stood out with its extraordinary designs both for interior and exterior applications by following global trends closely. Added 10 new series to its product range with its in-house R&D and P&D studies and by cooperating with the leading design agencies of the world. Metallic effect Burgundy series, glittering Elite and Steel series, Papiro and Gold series consisting of warm colors, and Convex series, where the decor on the surface is evident with different light angles, took their place among the new product series. In addition, Calcata and Seramarmi, both of which can be produced by very few companies in the world, and offered with the harmonious combination of porcelain and glass produced only by Seranit in Turkey, were included in the new collection. Reached 254 points of sale in 45 countries, and achieved a 30 percent growth in export with its successful export activities, despite the global crisis. Took its place among the highest growing companies in exports through this growth rate. Signed contract to produce porcelain tiles for giant chain stores in the world was well as many significant international projects.

Seranit, took its place among the largest porcelain tile factories in Europe, featuring a production capacity of 8.5 million square meters, all under one roof. Has become an important brand in the international arena with the success achieved in export activities, by offering a wide range of services to its customers with a product total of 44 series, 27 of which are new, and more than 2,500 color and effect options.

Has become the largest technical porcelain tile manufacturer in Europe, with a production size of 8.5 million square meters. Has become a pioneer in the sector with its high-tech applications in different colors and sizes of floor and wall tiles and especially in exterior systems, with its in-house R&D and P&D studies.

Serawood, Seralava, Seranart Series and Serena series in different sizes and colors were included in the product range.

The Everest Series in 60x60 and 60x120 sizes, with its powder effect technology, the Inca and Aztec Series in 33x33, 33x50 sizes, as well as the Rainbow Series in 46x46 sizes, all leading products in the market, were added to the portfolio.

Seranit joined Sinpaş Group in 2001. The Serena Series and Super White product, now a generic name throughout the world, were produced in sizes 33x66, 60x60 and 60x120. The Golden Plumb Award, which is considered to be the Oscar of construction industry, was granted to Seranit in the same year.

Your password will be sent to your email address.

Please enter your details and approval to sign up.